Again, with no training or practice, never having performed this trick before, the odds that the cards I shuffle will end up in the order I shuffle them into will be:

Can I do it?
Would you like to bet me? 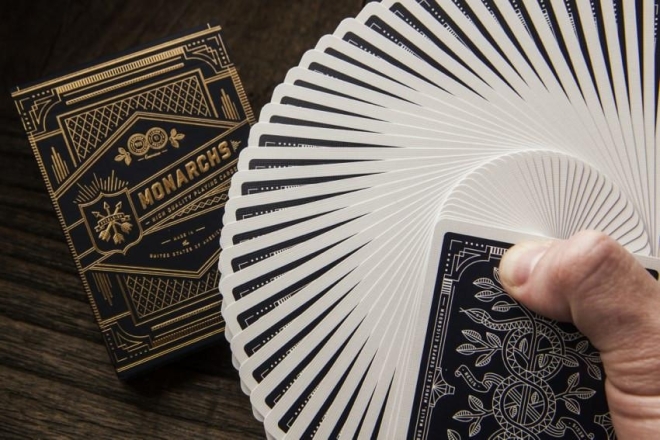 One Of A Kind

According to J.B. Morley on The Old Bailey blog, “The chances that anyone has ever shuffled a pack of cards in the same way twice in the history of the world are infinitesimally small, statistically speaking. The number of possible permutations of 52 cards is ‘52 factorial’ otherwise known as 52! or 52 shriek.

To give you an idea of how many that is, here is how long it would take to go through every possible permutation of cards.

If every star in our galaxy had a trillion planets, each with a trillion people living on them, and each of these people has a trillion packs of cards and somehow they manage to make unique shuffles 1,000 times per second, and they’d been doing that since the Big Bang, they’d only just now be starting to repeat shuffles.

How big is this number?

Someone shuffling a deck of cards once per second since the beginning of the universe believed to be about 14 billion years ago would not have shuffled the deck more than 1018 times.

Thus it is almost certain that any given configuration achieved through random shuffling has never appeared before in the history of shuffling!

For comparison’s sake: the number of stars in the universe: 1023.

I tell you about this trick, these numbers, the incomprehensible enormity of the odds against everyday occurrences to remind you, again, that we, the world, our ability to perceive anything at all, are almost entirely impossible.

We could have been thwarted at any time, at any stage of our development, and we’d never know we had been denied our brief awareness.

So. Never despair. The impossible happens every day. It’s happening now all around us if we care to look at it.